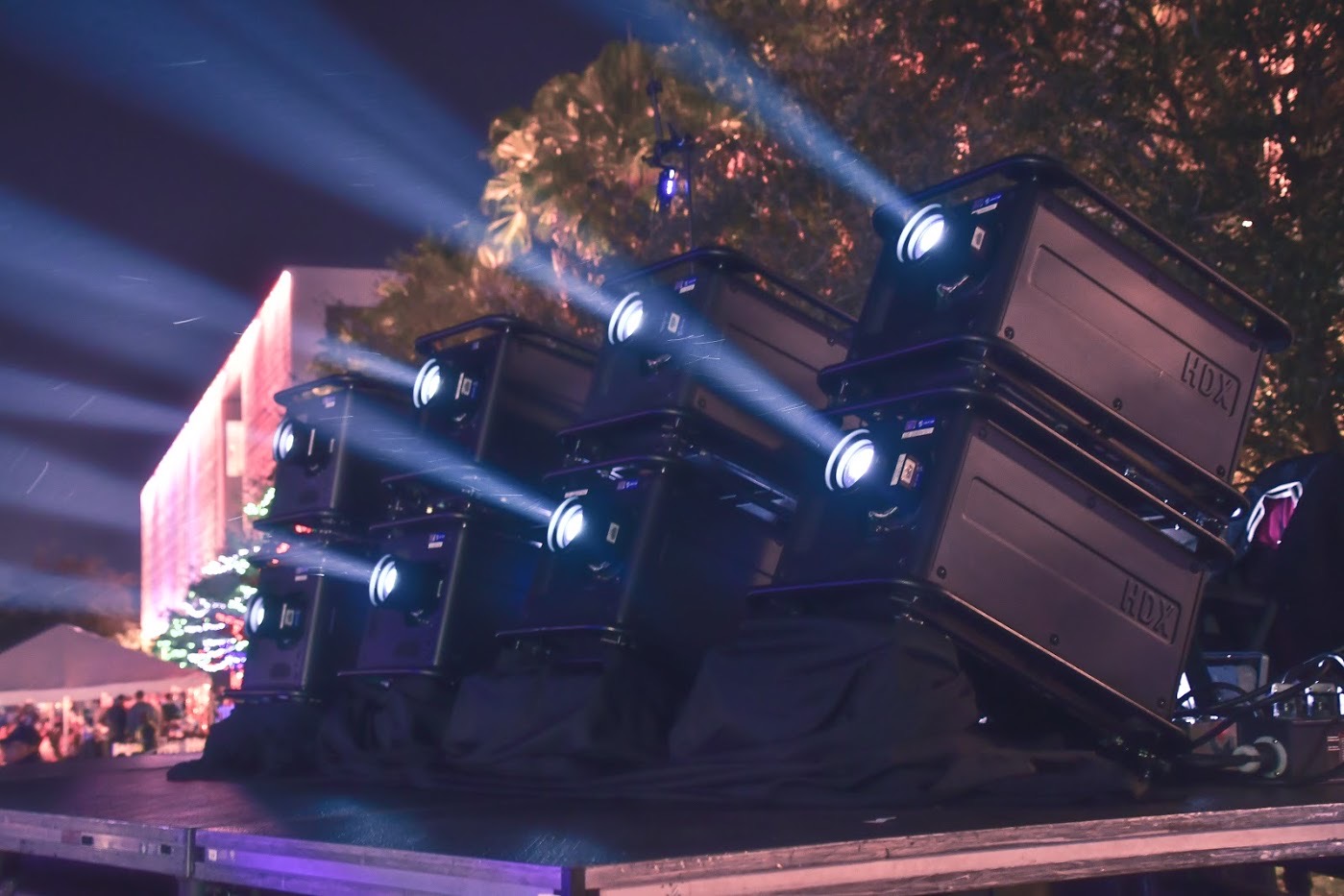 Working with the City of Tampa and the Downtown Tampa Partnership, we created a massive hi-tech projection mapping system that ran throughout the night of New Year’s Eve.

We finished the night with an animated countdown.  100% ‘hand-animated’ in our studios, we integrated relics of Tampa Bay’s history, like Ybor, the Tampa Bay Bucs and Rays.  The facade of the Rivergate Tower was carefully planned and mapped to create moments of magic.  Pirates lowered a massive chest down the tower, while colors and light pulse along with the soundtrack.  At the new year, the treasure chest opens up launching a huge beam of treasure into the sky.  This was accompanied by some real-life, synced fireworks.

over 5,000 people attended this event, which was advertised through all media channels for two weeks in advance.  The following morning it received best-for-last on national media, in a showcase of projection shows all across America.

A stunning way to bring in the New Year.

Captures from the show

Below are some pictures and video form the project